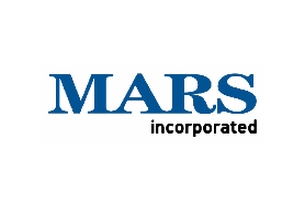 Mars, Incorporated have been named The 2015 Google FAB Brand / Marketer of The Year at the International Food and Beverage Creative Excellence Awards (The FAB Awards), bagging a phenomenal 16 nominations across the various categories.

Bruce McColl, Global Chief Marketing Officer at Mars, Incorporated said: “At Mars, we believe in the power of creativity to drive results for our business, which is why the 2015 Google FAB Brand / Marketer of The Year Award is so important to us. We are extremely proud to accept this prestigious award, which recognizes the industry leading innovation and creativity of our Associates, our brands and our agency partners.”

This is the only Award that is publicized in advance and is based on the number of nominations that Mars achieved during the judging sessions. The calculations included performance at both the Creative Awards and the Effectiveness Awards.

Mars were recognized for work done in multiple markets around the world, including USA, UK, Canada and the UAE.

The FAB Awards President N.Nayar said: “The Judges have recognised some truly outstanding projects by Mars, Incorporated, across all categories and from multiple markets around the world. They have embodied creative excellence over the past year and for these reasons are worthy winners of The Google FAB Brand / Marketer of The Year Award.”

The now Google sponsored FAB Brand / Marketer of The Year Award was introduced in 2013, and has previously been won by McDonald’s and Kit Kat. Mars will be handed the award on the 28th of May at the exclusive Hurlingham Club in London, along with the other winners at The 17th FAB Awards.

A full list of Mars’ nominees can be seen here.