Will Jean-Claude Van Damme be epic? Will Sound of Senna take a Grand Prix? 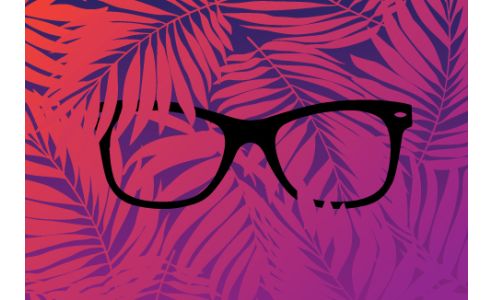 “We sifted and sieved through hundreds of the most brilliant pieces of work from every cranny of the world, spanning Lions award categories,” said Tutssel. “This year’s work is full of humanity, imagination and pure creativity, and remarkable for finding fresh and innovative ways to connect emotionally with people.”

As part of the global network’s year-long Predictions research, it discovered five trends that are influencing the creative business.

“Epic” Take on a Classic Ad Format: In our industry’s rush to the future, it’s important not to forget the potency of the past. At the core of one of this year’s most buzzed-about contenders is a simple, time-tested format: the product demo.

Swedish shop Forsman & Bodenfors took a classic approach, and combined the “Muscles from Brussels” with a spellbinding new age ballad to create a viral sensation. “Epic Split”  (#25) is the lynchpin of Volvo Trucks’ “Live Test Series,” a set of short demos poised to win a truckload of metal.

The campaign has the momentum of numerous wins this spring, including a recent Black Pencil at D&AD.

Technology with Purpose: Branded Technology will make its debut in the Cyber Lion category this year, a move that comes as more marketers are using the power of creativity coupled with technology to solve problems, extend existing campaigns and, most importantly, deliver brand purpose.

This year’s Predictions recommend keeping an eye on technologies that offer utility like Nike’s “Nike SB App” (#21), which was conceived to help skateboarders record and document their progress.

After its introduction last year, expect to see even more buzz around the Cannes Innovation Lion. Among the recently announced Innovation shortlist contenders is Samsung’s “Maestro’s Academy — Smart Bike” (#19) from Leo Burnett Milan, a next-generation bicycle developed in concert with Samsung technology to make cycling safer. The campaign represents just one of the many ways brands are using technology to improve people’s lives… and in this case, save them.

Fresh from winning seven Pencils at D&AD, look out for Honda’s “Sound of Honda / Ayrton Senna 1989,” (#20) which used groundbreaking technology to immerse F1 fans in a stunning aural re-creation of the racer’s legendary lap.

Mimi Foundation’s poignant “If Only For A Second” (#8) captured beautifully a rare moment of “carefreeness” in the lives of cancer patients, and turned it into a highly engaging, sharable film.

And the “D Rose Jump Store” for Adidas (#22) literally took the pop-up shop to new heights, as amateur hoopsters were given the opportunity to experience the feeling of leaping like NBA superstar Derrick Rose. Across all channels, the cream of this year’s crop strikes a visceral chord with its audience.

Long-Form and Documentary Style Content: It might seem counterintuitive in a world where bite-size media and brevity reign supreme, but more brands are embracing the craft of long-form and documentary style content.

Major advertisers like Guinness are pioneering this category with work like “Sapeurs” (#1), a fascinating glimpse into a unique subculture of well-dressed men that’s from AMV BBDO London.

Last year, San Francisco agency Pereira & O’Dell bagged three Grand Prix for the “The Beauty Inside,” a six-episode effort for Toshiba and Intel that was among the longest ever entered to Cannes. This year, look out for their “Born Friends Family Project” (#3) for Skype, which tells the compelling true stories behind real people using Skype to stay connected.

Of course, as film lengths get longer, directorial skills become ever more essential. To that end, “Blazed” (#5) is a masterpiece. The NZ Transport Agency tapped Oscar-nominated Maori director Taika Waititi to helm this unusual anti-drug driving message. Waititi extracted remarkable performances from a remarkable cast, and the result is a highly engaging film that passes the true test of any film, long or short: rewatchability.

Social Potency: Following a string of major wins including multiple Grand Prix at international shows, and a Gold at the Facebook Studio Awards, ABTO “Bentley Burial” (#16) is a classic example of the power of a brilliant idea coupled with the reach of social media. Six simple posts on Facebook from an eccentric Brazilian billionaire captured the attention of a nation and ignited a provocative conversation about organ donation that reached 172 million, and boosted donations more than 30 percent. Like other strong contenders in this space, the ABTO effort harnessed the sheer potency of social platforms, but at its heart was a compelling story.

This year’s Cannes Predictions include:

6. Colombian Ministry of Defense “You Are My Son” Lowe SSP3 / Bogota, Colombia

7. Harvey Nichols “Sorry I Spent It On Myself” Adam&EveDDB / London, UK

8. Mimi Foundation “If Only For A Second” Leo Burnett / Paris, France

“Our annual Cannes Predictions offer not only Leo Burnett Worldwide’s take on the leading creative work likely to earn Lion trophies, but a magnified view of the bravest ideas and boldest thinking that jolts our craft boldly forward,” said Tutssel who will present “Why Borderless Creativity is the Future of Communications” master class at Cannes. “These are the stimuli that fuel imagination and ignite us to change human bahaviour in vigorous, disruptive bounds.” 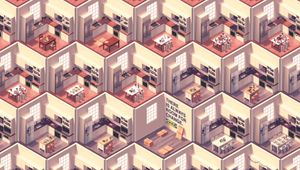