Mark Tutssel on the Virtuous Cycle of Cannes

Awards and Events 481 Add to collection 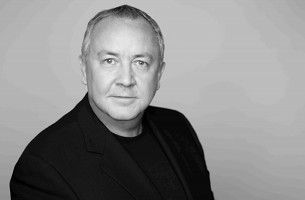 “Phil and Terry said to me a few years ago, ‘You’ve got to stop doing these fucking Cannes predictions; every year you tell the world what’s going to win and every year you’re right!” To be honest with you, I don’t think you identify great ideas… you feel them.”

Mark Tutssel is best known in the ad world as Leo Burnett’s global CCO and the chair of Publicis Communications’ global creative board – but he’s also got another title to add to his impressive collection: Lion Whisperer.

Each year he releases his predictions for the work that will triumph at Cannes Lions – and this year 22 of his 25 picks (or 88%) brought home leonine metal from the Palais.

In fact, this gift of divination also marked the start of a three year journey that this year culminated in one of Leo Burnett’s global clients, Samsung, being named Creative Marketer of the Year.

“I had been walking around the Palais with 20 Samsung clients. All the kids saw me, and they joined in and soon there were 200 kids walking round the client and the client was saying, ‘tell me which ones are going to win’ – like I know! But I was pointing out that one, that one, that one – picking them off the wall,” recalls Mark. Lo and behold, that night at the award show, Gold Lion after Gold Lion was handed out to one of his picks.

But there’s a serious point to the story. During the stroll round the shortlisted work, Mark turned to the client and said, “I feel so low about this because we shouldn’t be standing here applauding other peoples’ work; our work should be up on these walls and being celebrated for its creativity and business impact.” That day, they made a pact – three years later and Samsung has evolved from a cheeky challenger to Apple (in the mobile sector) to a smart and confident brand that marries innovation with real human value. Together with the other agencies that work on Samsung, they’ve got an ambitious creative roadmap for the coming years too.

For Mark, it all comes back to Cannes and the virtuous cycle that comes from immersing oneself in the inspiring work. It’s not just about giving creatives a spiritual re-boot; for brand marketers it can also help raise the bar and, ultimately, see how creativity can truly drive a business. “I’m delighted. The story for me is, where did it all begin? And I think that creative pedigree was seeded here. Over the last three years it’s grown rapidly because of their desire to be best in class,” he says – noting that while the brand’s comms may not have kept up with its technological innovation, these days its creativity is ‘like a rocket’.

What Samsung symbolises is a brand that now understands its purpose and ‘human value’ – and that’s a theme that carries over many of the big winners of the week. At Leo Burnett, for example, there’s the Cyber Grand Prix, Film Gold and Craft Silver that went to the much loved Justino campaign from Madrid. The story of the night watchman, Justino, encapsulated the spirit of sharing behind the Spanish lottery Loterias y Apuestas del Estado, where syndicates of up to 100,000 can win together and share. Then there’s Samsung’s own BrainBAND from Leo Burnett Sydney, which used Samsung tech to help detect and diagnose concussion.

However, the office that will be facing the steepest excess baggage fee will be Leo Burnett Chicago, thanks to the sheer number of awards taken home for the Van Gogh’s Bedroom project for the Art Institute of Chicago. Six golds and seven silvers. “When you have an idea that really is best in class across every single channel you wring every last drop out of it,” says Mark, who reveals that he wrote six carefully targeted cases for the piece.

Looking beyond the Leo Burnett winners, Mark has also found inspiration from winning work in other agencies. This year Mark was jury president of the Direct Lions and the Swedish Number by INGO Stockholm took the Grand Prix. “It’s incredibly brave, radically transparent. It’s about being authentic to who you are as people,” he says. “And when you think tourism, you expect to see the vistas, the beaches, but actually what you really want to experience is culture and people. We’re in the people business, tourism is in the people business. It was about helping people to be advocates for the brand.”

Another campaign that encapsulates Mark’s point about a brand having a purpose and personality and having the confidence to be true to itself is REI’s ‘OptOutside’ from Venables Bell & Partners, which took the Titanium and Promo & Activation Grands Prix.

“If you exist because you believe that people should live life and go outside, when a Black Friday holiday comes along, you believe that people should head outdoors, to the mountains. You don’t think people should be going to a crazy sale, spending money in a shop. So they walked away from short term profit for long term value. It wasn’t just a little stunt to get on the news and get a little PR spin. It was about believing so strongly in that principle. It’s incredibly brave,” he says.

But this idea of ‘purpose’ shouldn’t be confused with charity ads and PSAs. This year both Mark and Rob Reilly, who chaired the Promo & Activation jury, urged the judges to reward work for brands.

“Last year the pendulum swung so far back to charitable work. Look at Cannes as a venue for business – and I always talk about the Business of Creativity, not the Creative Business. If you believe, and everybody here does believe, that creativity is the most valuable asset in business, as a driver and differentiator, the economic multiplier, then how do you use creativity to drive business impact? How do you use creativity to create dynamic business change? How do you create ideas so potent, so powerful that they capture people’s imagination and change their behaviour? That really is what we’re here for and brands that do that, brands that embrace that, are the most successful brands,” says Mark, who believes that PSAs and charity ads should get a separate Cannes category.

For now though, Mark and the Leo Burnetters are heading back home – with a total of 43 Lions, including the network’s third Glass Lion. But Mark already has his eyes on next year (he reveals that the agency is currently working on a campaign that he’s got high hopes for in 2017) – and who knows which brands might follow in Samsung’s footsteps, having been inspired by this year’s brilliant Lion-winning work?