Coy! will continue to represent him for stills, design & art direction 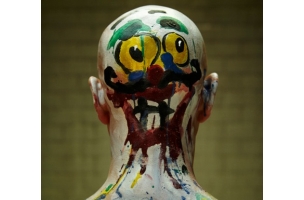 Another Film Company has signed director Mark Denton for commercials. Coy! will continue to represent him for stills, design & art direction.

Commenting on his signing, Mark said: "Why have I signed up with Another Film Company as opposed to any other film company? Well, I worked with Tim (Marshall) two decades ago and enjoyed it so much that I wanted to repeat the experience. Plus I've known and respected Steve Reeves even longer (since he was only around 6 foot 6).

"When it came to looking for a place to support me as a commercials director they were the only company that I approached. Fortunately for me they didn't pretend they were out when I knocked on their door. We've already got some work on the table so I'm really looking forward to rolling my sleeves up and getting stuck into our first job together. I sense some very exciting and creative times ahead."

"What can I say that hasn’t already been said?" Said Tim Marshall, Partner/Producer at Another Film Company. "Quite simply, you have to work with Mark Denton - from start to finish the whole experience fizzes with creative energy and excitement - a rare thing indeed."