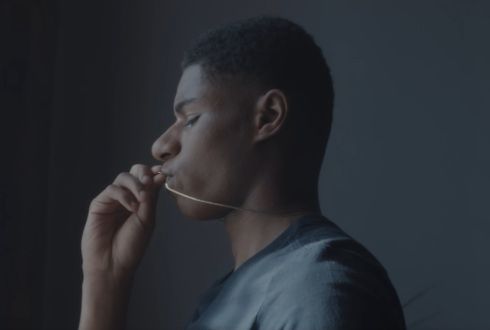 Xbox are proudly shouting that Xbox Live is the UK’s fastest gaming network for playing FIFA 17 with an epic yet light-hearted new film featuring the Premier League stars Marcus Rashford and Willian.

The film pastiches the serious tone of traditional sports advertising by showing Rashford and Willian indulging in humble pre-game rituals in the domestic settings of their own homes, as opposed to the high octane, super-serious world that they are normally featured in.

The commercial draws on the insight that, just as big footballers have pre-game preparations and rituals, good FIFA 17 players also have routines they go through to make sure they have the perfect game, the most crucial of which is having the right equipment - Xbox Live.

Created by McCann London, the ad broke on 5th May in 16 markets globally running on social and video channels, including Facebook, Instagram, Twitter, YouTube, Snapchat, and xbox.com. Running in a long-form 85-second version, 40 and 20-second cutdowns, and on Snapchat and Instagram stories.

Xbox have also created a landing page to house the content and drive subscriptions to Xbox live Gold.

Michael Flatt, Global Integrated Marketing Gaming Lead, said: “Our Xbox Live Network has always been a cornerstone offering to our fans. It’s great to be able to celebrate and communicate our best in class service in such a fun and creative way to our community.”

Laurence Thomson, the Co-President & Chief Creative Officer at McCann London, said: “Our strategy was to create a film that our audience, of die-hard FIFA 17 gamers and football fans alike, would enjoy and could relate to. They have seen many ads that portray these types of Premier League superstars as overly-serious and perhaps unapproachable. The result is an original and light-hearted take on all the mannerisms, superstitions and rituals that FIFA 17 players go through. Making the point that Xbox Live is crucial if you’re really going to take the game seriously.”