Trends and Insight 637 Add to collection

As the Marcel Sydney founder launches the agency with his new Artbreaks project, Laura Swinton catches up with him 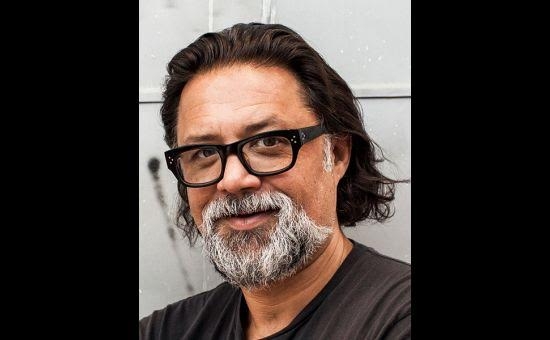 “It was like two chefs yakking. It was less about the industry and more about how we liked to cook.”

David Nobay is reminiscing about his trip to Marcel Paris, where he found an instant creative connection with the agency’s Worldwide CCO  Anne de Maupeou.

After the much-publicised closure of Droga5 Sydney last year, of which he was a co-founder, David found himself at a crossroad. He’d received several offers from major Australian agencies. He’d considered writing a follow up to his successful play Moving Parts, a co-creation with Steve Rogers that debuted in 2014. Painting – a lifelong passion dating back to his art student days – was looming ever-larger. He’d recently debuted his first professional painting exhibition in Sydney and the medium had forged an unexpected friendship with Tony Kaye (the pair started admiring each others’ work on Facebook, leading to a meet up at Tony Kaye’s L.A. home). Or he could uproot his family and escape Sydney’s notoriously tough ad market for a post in a new country…

A call from Mark Tutssel put an end to his swithering.

The head of the Publicis Creative Board (or the ‘capo de capo’ as David describes him) had been friends with David since his years at Saatchi & Saatchi. The pair were introduced by Bob Isherwood.

“He said, ‘Tell me… what do you know about Marcel?’” Coincidentally, the hip French creative shop had been pinging on David’s radar thanks to the runaway success of their Inglorious Fruit & Veg campaign.

He touched down in Paris and he’d barely disembarked from the plane when he started collaborating and ‘riffing on ideas’ with Anne and her team.

“There’s a kind of nuttiness to the French, which I love,” he says. “We didn’t stop laughing.”

The experience was a ‘shot in the arm’ for David who had experienced some tough times that lead the avowed agnostic to speculate that he’d fallen out of favour with the ‘Ad Gods’.

“One of the things I joke about is this thing called the ‘Ad Gods’. So much that happens in this business, frankly, isn’t about how hard you work or how good you are… it’s about timing. I’ve been on the wrong side of the Ad Gods, quite publically, for a couple of years,” he chuckles. The odd lost trusted client or unfortunate coincidence is one thing but… ”We all know it happens but when it happens ten times in a row you can’t help wondering if there’s some sort of demonic involvement.”

But maybe some of the Ad God pantheons were smiling on him after all – let’s say the Gods of Chaos, Craftsmanship and the unexpected. One other key phone call that came in his transitional period was from his client at Tiger Beer. Mie-Leng Wong, Tiger Beer’s Global Director at Heineken, told him that if he found a new home in three weeks she’d be willing to bring the brand along.

“My Tiger client did the most amazing thing. It was quite public when Droga5 closed and she got offers from everywhere because they’d seen what interesting work they do,” he says.

The challenges that face brand marketers today are not missed on David. He talks about the pressures that lead to an obsession with predictability and an aversion to risk. Therefore clients who understand and even embrace the necessary uncertainty of creativity are a rarity to be treasured.

“I think it’s really difficult being a client. There was a time when I used to scream at clients and that never used to get me anywhere. I don’t think you can be a creative director these days unless you start to empathise with how tough it is being a client,” he says.

Having been his own ‘bad client’ during a recent house build, he’s keenly aware of how difficult it can be to hand the reins to a creative professional.

The analogy he offers of the client-agency relationship is a political one. While the free-wheeling ‘60s and ‘70s, when creatives held ultimate power over clients and openly insulted them, might be fascism (“not good”), today the industry has swung to the other extreme where data, cost controlling and predictability reign supreme, much like the other political extreme of communism (“also not good”).

What David yearns for – and is driving Marcel Sydney towards – is a utopian middle ground of ‘controlled chaos’. That is, agencies understanding client’s business problems and clients understanding what creativity and the creative process actually are.

“You’re not getting your money’s worth from the creative people involved if the thing that you thought blindly about two months ago is the thing that they have to make. The piece of paper that you [the creative] sell to them [the client] should be the catalyst for something much bigger,’ he says.

“I feel much more secure in a chaotic background. And frankly there is this enormous paradox in our business right now, which is that everyone knows what they don’t want to do – traditional advertising – but to do the opposite of that you have to go a bit fucking nuts. You have to.”

The years in the Ad Gods’ purgatory have sharpened David’s vision of what Marcel Sydney will be. The agency’s upcoming slate of projects demonstrates the blend of major marquee advertising and freewheeling creativity he has in mind.

A big shoot in Vietnam has just wrapped for Tiger, just as Australian broadcaster ABC has released Artbreaks, a series of experimental short films by top local talent (including Cannes Camera D’Or winner Warwick Thornton). The Artbreaks films are an exercise in the true nature of creativity; poems written by David are given to photographers and filmmakers, who are then given the freedom to see where the creative journey takes them.

Those ideas of creative freedom and trust and chaos are thoughts that David returns to frequently. As budgets and timescales shrink and ‘arse-covering’ grows, something has to give. He uses the example of his 2005 Toyota spot Donkey for the great work that can happen on a small budget when the team are allowed to flex their muscles. The client wanted a small sponsorship film to run during an outdoor cinema festival in Melbourne and because the stakes were relatively low, he was happy to let the team get on with it. Director Steve Rogers and production company Revolver headed to New Zealand to shoot the spot, seeing an opportunity to test out some new crew and make something interesting. The finished spot ended up being one of the most awarded in Australia that year.

Donkey, like Artbreaks, is an example of the serendipity of creativity. If you can show what your end product will look like by using examples from previous work… then by definition it’s not going to be particularly original, is it?

“The problem now is that the wrong people are being paid so much money. What’s happened in the last 20 years is that the left-brained people have taken over the business. Procurement people or CFOs or research companies. These are people that make their money by convincing clients that what we do is scientific, that it can be predicted. Now that data is added into the mix, they’re on fire. And this terrifies clients because it destroys the fabric of belief. Every good idea I’ve ever had has come out of chaos. Great planners are chaotic. Great creative directors are chaotic. It used to be something that we were proud of, now we have to whisper it in the corner.”

But there is a ray of hope. The growth of live and the hipster artisan movement show that the younger generation are interested in more than just tech. The word ‘artisanal’ is just a trendy way of saying ‘craftmanship’, and David reckons it’s a value that can be applied to everything from TV ads to digital.

And despite all the lumberjack beards in agencies, David reckons the advertising industry has been pretty slow to get with the programme. “Interestingly, I don’t think advertising has caught up. When you start a new agency, what everyone wants to talk about is technology and digital. It’s not obvious to start a conversation around craft or artisan. It’s not obvious to talk about slow cooking when everyone is talking about fast food.”

“I think what has fallen by the wayside, and I’m just talking generally, is craft. There are too many agencies in Australia and I don’t want to be in a race to the bottom with anyone,” he says. David is quite happy to admit that this mentality might not suit clients that are only interested in fast, cheap work. “But if you want to be involved in visceral craftmaking at every level , then we can have a conversation.”