Marcel Mixes It Up For Malibu 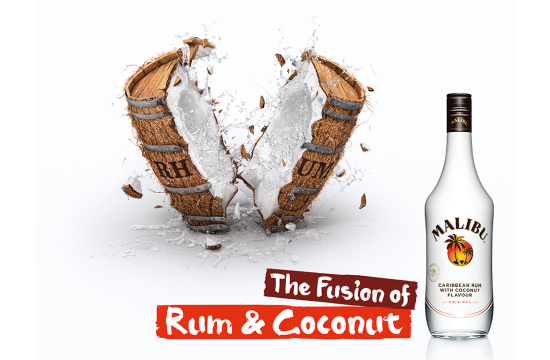 Malibu finally reveals its recipe in a new surprising and humorous outdoor campaign.

While the Malibu brand conveys a lot about its Caribbean origins and the diversity of the cocktails it can create, the recipe has never really been explored - except the coconut. The brand's latest  display campaign is about to change all that.

So, it turns out the secret of the recipe is that there is no secret: Malibu,is simply the result of mixing of rum and coconut. It's hoped this revelation will reassure consumers at a time when simplicity and authenticity are becoming increasingly important.

To illustrate this recipe, the Marcel agency has come up with a range of ways in which a rum barrel and a coconut can be spliced together.

The visuals were created by the legendary Thaï studio Illusion, a shop which is no stranger to the podiums of Cannes, thanks to campaigns for Samsonite, Maxam, MTV, 3M, Kleenex or WWF.