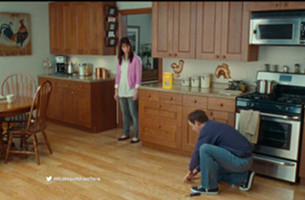 Mondelēz International brand Wheat Thins and TBWA’s BEING NY have launched ‘Trap Door’, the newest spot in continuation of its ‘Must! Have! Wheat Thins!’ TV campaign for the beloved Wheat Thin cracker.

The spot focuses on Original Wheat Thins and features an everyday man, intent on protecting his delicious, 100% Whole Grain Wheat Thins from anyone who might take them. This time, his own enthusiasm proves to be his undoing.