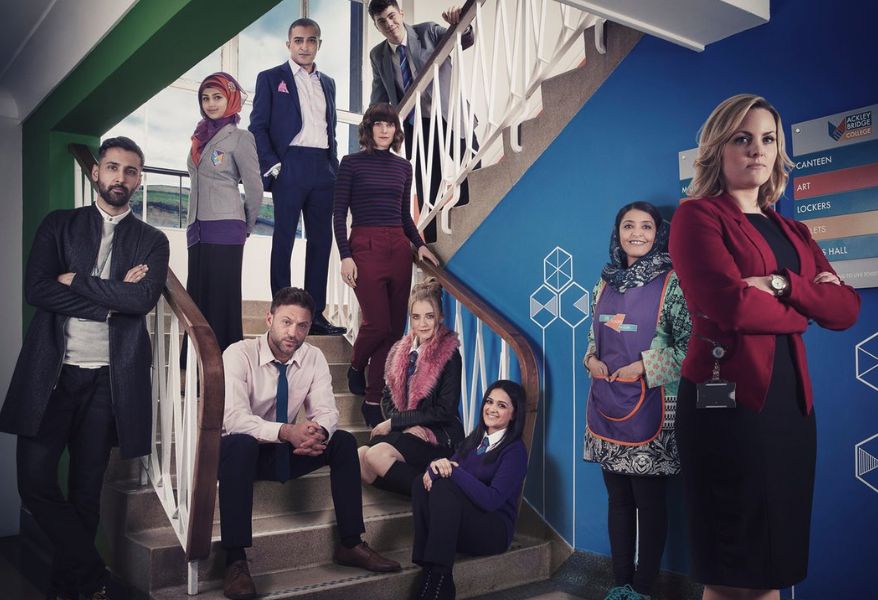 This week sees the launch of Channel 4’s latest venture into drama (and its first filling of the 8pm slot with a show of this kind since Brookside) with Ackley Bridge, a new 'school drama' following the success of Grange Hill and Waterloo Road in the same genre. Its creators are Ayub Khan, writer of East is East, and Penny Woolcock on her first foray into drama following a career in documentaries. The cast include a great variety of British talent, from Eastenders’ Jo Joyner and Paul Nicholls to Adil Ray and Arsher Ali. The story features the bringing together of two comprehensive schools in a fictional Yorkshire town, to form a new Academy school: Ackley Bridge College.

The music comes from Tim Phillips, the Canadian/British composer based in both Los Angeles and London. His incredible TV CV features Shameless (Channel 4), Jericho (ITV), the BBC’s adaptation of Esio Trot and Entourage (HBO). His beautiful track Arpeggion from the album Dragon soundtracked Disney’s trailer to the Alice Through the Looking Glass movie. As well as his TV work, Tim also premiered his first musical The Grinning Man recently to widespread critical in October 2016, an adaptation of Victor Hugo’s The Man Who Laughs.

Tim’s latest music can be heard for the next 6 weeks, every Wednesday at 8pm on Channel 4’s Ackley Bridge. Find out more about The Grinning Man below.