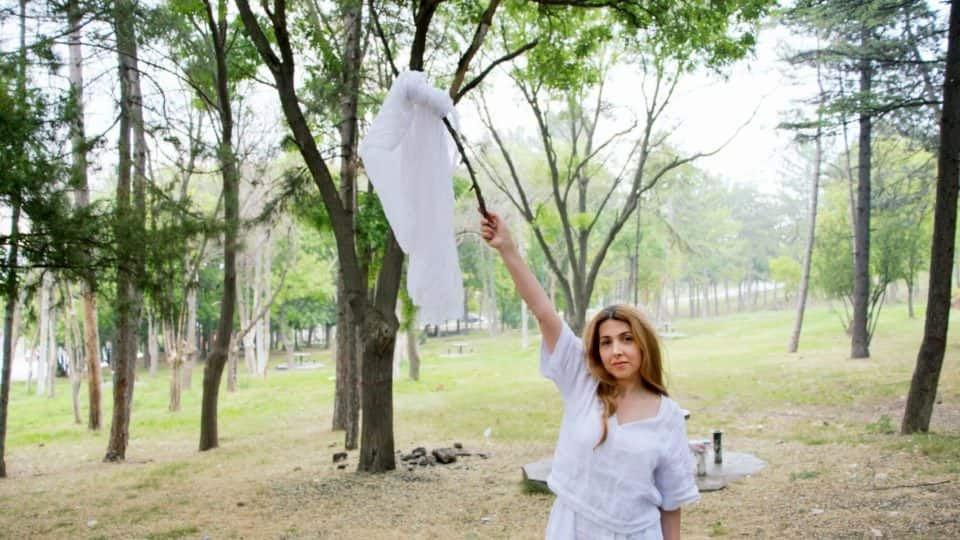 Directed, produced and filmed by Robin Barnwell, new powerful documentary 'Taking on the Ayatollahs' provides a fascinating insight into the lives of four women in Iran who are fighting for their voice and a more modern, tolerant country. Shima, Shaparak, Maryam and Masih explain that in order to challenge the religious leaders, the Ayatollahs who have ruled this country for 40 years, Iranian women are having to risk their lives every day. One important central topic they discuss is the hijab, which is compulsory for all women.

Simon Russell is a London-based award-winning composer, known for his work using found sounds, sampling and electronics. In 2009, Simon scored Havana Marking’s documentary feature, Afghan Star that went on to claim two Sundance awards, The Grierson Award 2009, and a Prix Italia. In the same year, Simon scored From St Peter’s To St Paul’s, that won the RTS Award for Best Arts Documentary. He has also scored Pussy Riot: A Punk Prayer which won a Sundance Award and the Best Documentary prize at the British Independent Film Awards in 2013.

Other notable documentary works include We Are Many (directed Amir Amirani), about the demonstrations against the Iraq war in 2003, (a score for which Simon collaborated with Alex Baranowski), Smash & Grab (directed by Havana Marking), an innovative documentary about the notorious diamond thieves, the Pink Panthers; Vote Afghanistan! (directed Martin Herring & Havana Marking), about the country’s first free elections in 2009; 2 series fronted by Waldemar Januzczak: The Dark Ages – An Age Of Light, a 4-part series looking at art and architecture in the Middle Ages, and the 4-part Renaissance Unchained, both for BBC4, and 52 episodes of the animated show Canimals, for Aardman.

Iran Unveiled: Taking on the Ayatollahs is now available to view on ITV Hub here