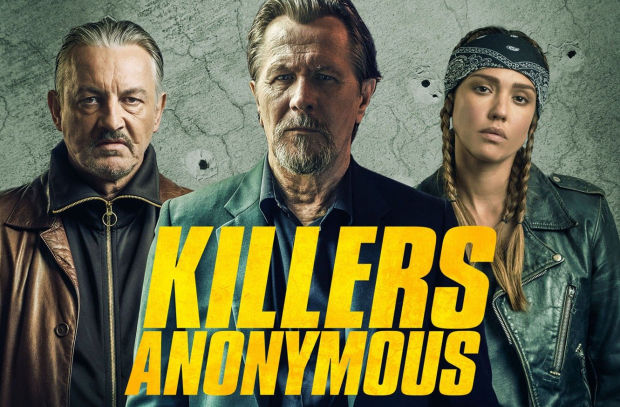 The stylish, edge-of-your-seat thriller features memorable turns by Oldman and Alba. Tensions mount at Killers Anonymous, a support group for killers, as the members of the group try to unravel the mystery behind which one of them is responsible for the assassination attempt on a U.S. senator that has the police authorities in the city on high alert. But things are not what they seem, and when new truths are discovered, secret alliances and betrayals emerge as the session explodes into violence and chaos, forcing the killers to kill or be killed.

Roger Goula is a London-based composer with a background in classical and jazz guitar and a successful career in composing for film and television drama and documentary. Most recently, he scored ITV/Netflix drama The Frankenstein Chronicles and BBC docudrama Mother's Day, and his feature films include thriller Tiger House and critically acclaimed documentary feature Next Goal Wins.

Killers Anonymous is released today in US theatres and on VoD.