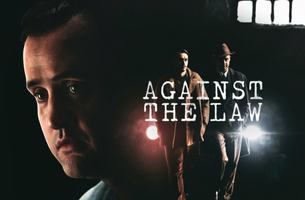 More than ten years before the decriminalisation of homosexual acts in 1967, Peter Wildeblood, and his friends Lord Montagu and Michael Pitt-Rivers, were found guilty of homosexual offences and jailed.

With his career in tatters and his private life painfully exposed, Wildeblood began his sentence a broken man, but he emerged from Wormwood Scrubs a year later determined to do all he could to change the way these draconian laws against homosexuality impacted on the lives of men like him.

Woven through this gripping drama is real-life testimony from a chorus of men who lived through those dark days, when homosexuals were routinely imprisoned or forced to undergo chemical aversion therapy.

This powerful new BBC Two drama has been called “shattering”, “heartbreaking” and the “best programme on TV this week”.

The film features a beautiful musical score by Manners McDade composer Roger Goula. Roger has scored a number of high profile feature documentaries including 'The Hard Stop' and 'Versus: The Life and Films of Ken Loach', and his recent credits include ‘The Betrayed Girls’ and the last season of ‘Inspector George Gently’.