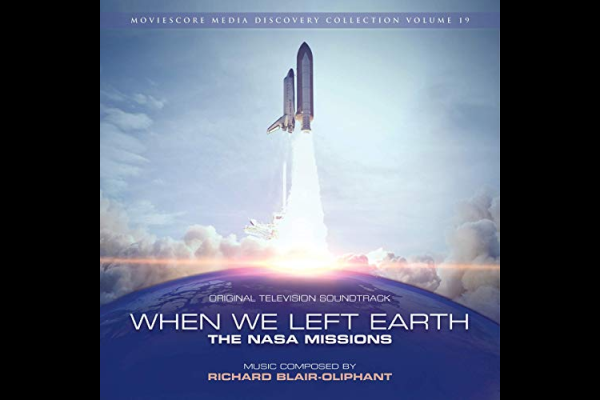 Richard has worked on the soundtracks for television documentaries 'When We Left Earth' (Discovery Channel) and 'The Life of Earth'.

Narrated by award-winning actor Gary Sinise, 'When We Left Earth' includes hours of unseen footage of from the NASA archives and first-hand accounts of the space mission from those involved. The series also explores the American spaceflight journeys, including the first Mercury flights, the Gemini program and the Apollo Moon landings. Richard received an Emmy nomination for his score on the series.

The two-part series 'The Life of Earth' (Smithsonian Channel) explores the history of the Earth from the birth and early life of Earth to the rise of the human race and civilisations, along with changing weather patterns and climate.

Richard has worked on a diverse range of projects such as feature film comedy 'The All Together' (starring Martin Freeman and Danny Dyer), the multi-award winning 'Blindsight' (directed by Academy Award nominee Lucy Walker), the BAFTA nominated drama 'The Relief of Belsen' and 'A Harlot’s Progress' (featuring Toby Jones as William Hogarth). His commissions have also included 'Moonshot', the Emmy nominated dramatisation of the Apollo XI moon landing, '1066: The Battle for Middle Earth' and the critically acclaimed 'City of Vice' (starring Ian McDiarmid and Ian Glen). Amongst a series of BBC commissions, Richard most recently scored both the feature “The Dinosaur Project” for Moonlight Films and the three-part BBC natural history series “Great Barrier Reef”.