Pieter worked with adam&eveDDB on the animated campaign 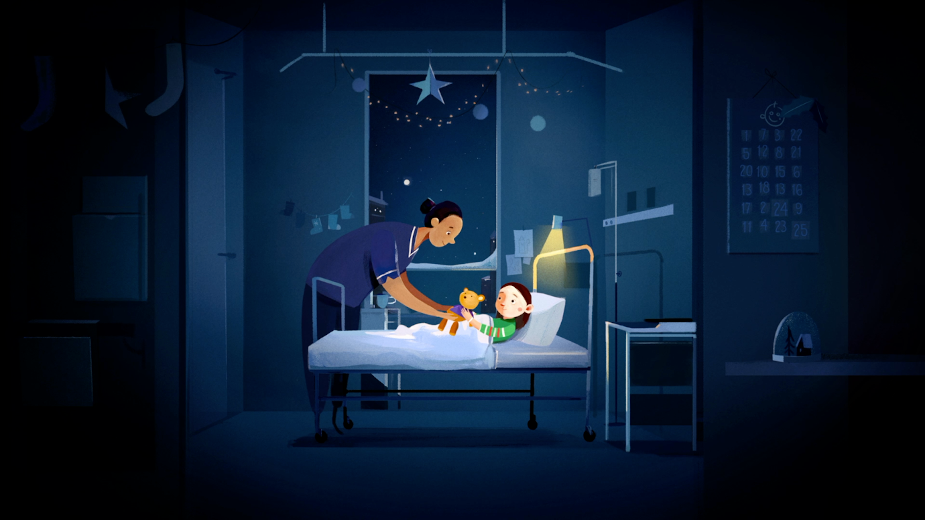 Pieter collaborated with adam&eveDDB and the director Marilies van der Wel on the animated campaign, that charts a patient’s journey from Great Ormond St Hospital to home in time for the festive period.

Speaking About his work for the campaign Netherlands-based composer, Pieter de Graaf said, “the only thing that I needed to do to get inspired was to have a good look at the beautiful animations of Marlies van der Wel,and of course the story of the film itself. After I composed the basic melody on piano, the rest of the sounds almost formed by itself - it was like the basic melody combined with the film told me which sounds had to be added.

The basic melody came quite quickly, being inspired by the beautiful animations and the story. I then recorded the piano part, playing it while watching the video, so the tempo of the melody would match exactly with the film. After that I added strings and horns whenever the tension in the film and story needed something extra. This way I could sound-wise really enhance the emotion that the story already had in itself."

Pieter de Graaf is a composer and pianist from Utrecht. His debut album ‘Fermata’ was released in 2019 on Sony Classical. His latest release, the 5 track EP ‘Vortex’, sees him moving in a new musical direction adding loops and electronica to the epic grandeur of his first release.