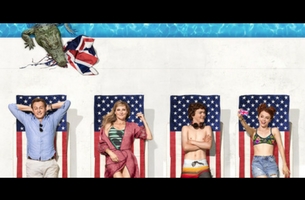 Written by Mick Ford (The Five), Living the Dream follows a family (Philip Glenister and Lesley Sharp), who move from Yorkshire to run a trailer park in Florida. The broadcaster says: “With culture clashes aplenty, life in Britain soon seems even further away than they’d thought it would. But with the support of each other and their crazy new friends, they begin to learn how to live the American dream.” Sky’s head of comedy Jon Mountague told RadioTimes.com he was excited by Living the Dream which he said carries “a Post Trumpian” message about US citizens who are “suspicious of aliens”.

Living the Dream features an original score by composer, producer and arranger of music for TV, commercials and film, Oli Julian. Oli is known for his catchy and memorable themes for top British comedy series such as Cuckoo (BBC), and Plebs (ITV), as well as american co-productions Episodes (BBC/Showtime) and Catastrophe (Channel 4/Amazon). Oli Julian's latest project, sitcom "Motherland", has started this week on BBC2.

Living The Dream premieres on 2nd November at 9pm on Sky One.