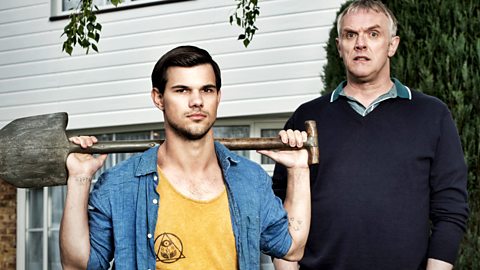 Starring Greg Davies, Helen Baxendale, Taylor Lautner, Esther Smith and Tyger Drew Honey, Cuckoo is a British sitcom written by Robin French and Kieron Quirke. The series’ popularity has been prominent even since the launch when Cuckoo became BBC Three’s most watched comedy. Greg Davies also received a BAFTA nomination for Best Male Performance in a Comedy Programme and he was nominated for Best TV Comedy Actor at the British Comedy Awards where Cuckoo was nominated for Best New Comedy Programme.

Nick is a multiple BAFTA-winning British TV composer and music producer best known for composing music for television shows in the UK and US including The Cube and the popular animated series, Thunderbirds Are Go! with brother Ben Foster.

Oli Julian is a composer, producer and arranger of music for TV, commercials and film. His work includes the theme music and score for three series each of hit comedy Catastrophe (C4) and Cuckoo (BBC3), and four series of Plebs (ITV2). Nick joins him this year scoring series 4 and 5 of Cuckoo.