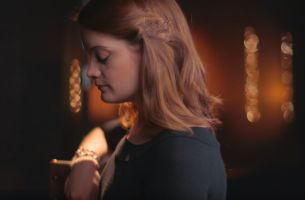 Manners McDade composer Nainita Desai has recently scored ‘Raped: My Story’, a Channel 5 documentary film which hopes to encourage victims to “find the courage to break their silence" by sharing the stories of ten survivors.

The feature-length documentary, which is produced by Lambent Productions, will feature first person interviews on the experience of being raped. Nine women and one man bravely share the trauma of a rape, the damaging aftermath of the event, and the treatment by the criminal justice system when they do report.

Survivors Trust Chief Executive Fay Maxted called 'Raped: My Story' a “very powerful, important documentary and the courage of everyone really shines through... not only does it provide extraordinary insight, its empowering testimony is exactly what’s needed to demonstrate that there is life after rape.”

The film will air on Channel 5 on November 22nd at 9PM and will be followed by a live event '#MeToo: The Debate', produced by ITN Productions.

Nainita is one of the UK's leading, award-winning composers for film and television and is a BAFTA Breakthrough Brit (2016-17). She has developed a reputation for producing music that is original, rich, inspiring and diverse. She has written many memorable scores for broadcasters including the BBC, ITV and HBO as well as for most of the leading independent UK film companies.