First of three episode show airs at 9pm on BBC One 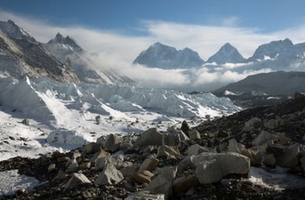 Earth’s Natural Wonders are some of the most breathtaking places on earth - vast mountain ranges, impenetrable rainforests and frozen polar worlds. For the people who call these extraordinary places home, survival can pose incredible challenges.

A new 3-part programe on BBC One shows these breathtaking places, as a documentary series with stunning visuals and a bespoke score by composer Nainita Desai.

Having recently completed writing the music for Earth’s Natural Wonders and Rituals, both natural history documentaries for BBC, Nanita’s latest project was C5’s Raped: My Story, a feature-length film composed purely of rape survivors speaking directly to the viewer to recount their experience, this film stands out for its heart-breaking authenticity and its desire to get to grips with a subject matter that is commonly silenced.