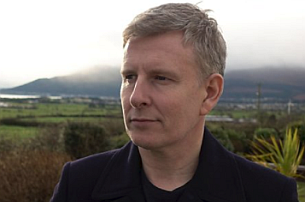 On the eve of the 20th anniversary of the Good Friday Agreement. Patrick Kielty explores the past, present and future of Northern Ireland, and what the agreement has meant for ordinary people.

With original music from Nainita Desai, the programme is also a personal exploration for Kielty, whose father was murdered by loyalist paramilitaries when he was just 16. “When my dad was killed I honestly believed that peace in Northern Ireland was a pipedream. Now 20 years later, I want to re-examine what we signed up for – what its legacy has really been for future generations, and if it can survive the gathering storms.”

Nainita Desai is a BAFTA Breakthrough Brit 2016-17 and the winner of the Music+Sound Award 2016 for Best Feature Film Score, a Women in Sync Awards 2016 Nominee, RTS Craft Award 2014 Nominee for Best Original Music and RTS Scotland Awards 2014 Nominee. A prolific composer, recent projects have included writing the music for Earth’s Natural Wonders, and Rituals (both natural history documentaries for BBC).