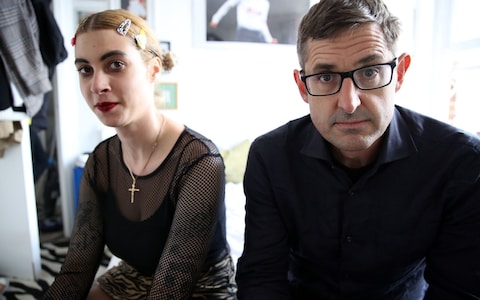 The show is presented by Bafta Award-winning film-maker Louis Theroux, who returns to the UK to meet women legally providing sexual services to make a living or supplement their income, with the potential to earn hundreds of pounds per hour. The fascinating documentary provides an intimate insight into the world of sex work and discusses this new sexual economy in the UK.

Louis Theroux states: “It’s rather surreal – users claim it makes the act of selling sex safer […] it was one of the most rewarding, challenging and thought-provoking films I’ve ever been involved in […] but I’m very glad we made it."

Miguel d’Oliveira has scored a number of Louis Theroux documentaries including Mothers on the Edge and The Night in Question. Other recent documentary series include 'Japan With Sue Perkins' and 'The Met: Policing London'. Most recently he released his score to Michael Palin in North Korea and his new album 'Talk to Someone'.