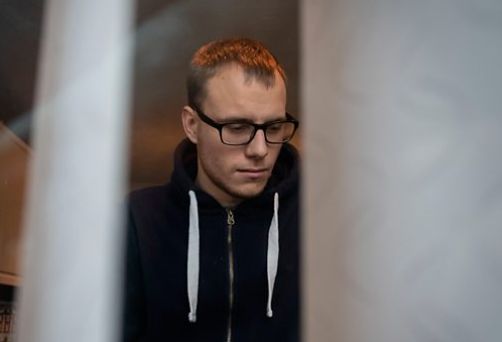 The story follows the turbulent case of 23 year old Alex Skeel and his abusive relationship with girlfriend Jordan Wood. Alex’s extreme psychological and violent ordeal was described by Bedfordshire Police as the worst case of domestic violence they had ever seen as doctors stated he was just '10 days from death'.

Jessica is a London-based composer for film and television. She has scored award-winning films which have been in competition at BAFTA, The National Television Society, Edinburgh International Film Festival and The Annie Awards amongst others.

Jessica studied composition at the Royal Conservatoire of Scotland, during which time she won a BAFTA New Talent award for best music, before going on to study at the National Film and Television School. From there she worked on several award winning short films, winning best music at the Global Music Awards and a nomination for best composer at Underwire Festival.

She has worked on various film and television projects, recently scoring the BBC’s The Ruth Ellis Files, Joanna Lumley’s Silk Road Adventures, as well as composing additional music for Tribeca nominated Serengeti Rules. She has worked in the music department on studio features such as Paddington 2 and Darkest Hour as well as the BBC’s Our Girl and George Gently as well as performing as a vocalist for various television productions including ITV’s The Good Karma Hospital, Thunderbirds are Go, The Frankenstein Chronicles and Damien Hirst’s Treasures from the Wreck of the Unbelievable.

In 2016 she co-founded AUDIUM POST, an award-winning sound and music post production company which have worked on the sound and music for brands including Reebok, Mercedes, Bose, BMW, Virgin Trains and New Look

Abused by My Girlfriend is now available on BBC iPlayer and airs tonight on BBC One, 10:45pm