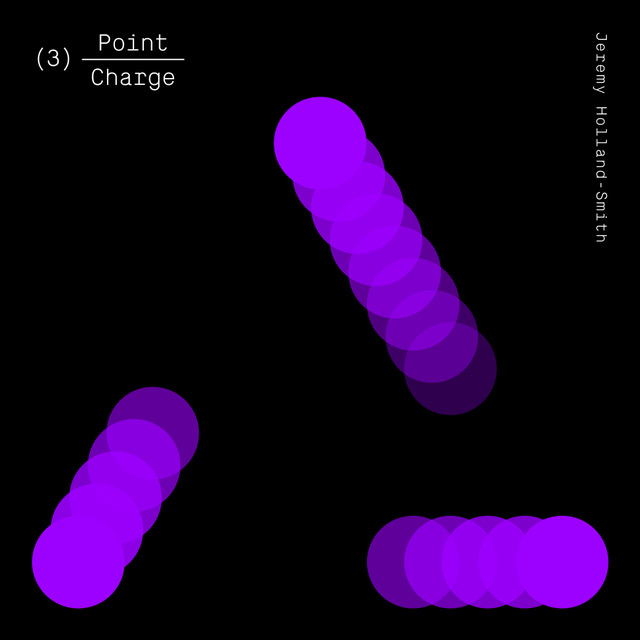 3 Point Charge' was born of composer/pianist Jeremy Holland Smith’s desire to create music that combines a palette of mutated electronics, strings, piano and synths. The album is designed to be listened to as a one act ‘travelator’.

“This album explores how easily our emotions are drawn or forced in different directions, ” explains Jeremy Holland Smith. “The central three chord motif provides a constant throughout. The smallest alteration shifts the musical energy and therefore, our emotions. Feelings of restlessness, instability, desolation give way to feelings of hopefulness, joy, and extreme euphoria. ”

Jeremy is well known for a wide range of projects; some recent highlights include completing a ballet score for the Sarasota Ballet of “The Secret Garden”, making his BBC Proms conducting debut with the “Life Story” Prom (in London and Melbourne, 2015 & 2016), music which Jeremy himself orchestrated for the BBC television series of the same name, scoring “The Passing”, a BAFTA winning Welsh language film (2015), providing the title music for Attenborough at 90 and scoring the 30th anniversary episode of “Casualty”. Jeremy has also orchestrated the score for “Sing!’, a major Hollywood animated feature from Illumination Entertainment (UK release early 2017).

'3 Point Charge' is available on all digital music platforms, you can also listen to the album below: