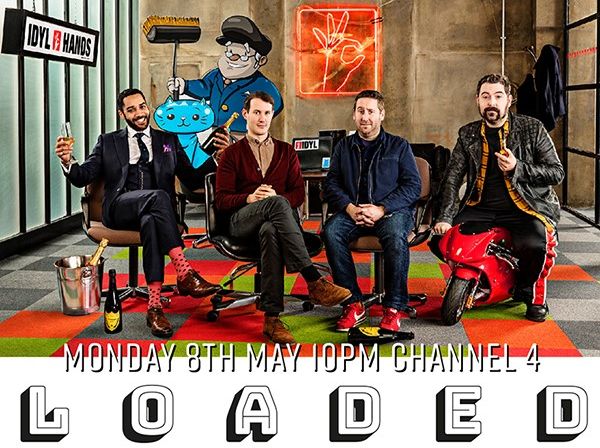 Josh, Vinny, Ewan and Watto have just sold their start-up videogame company for a clean £246 million - the culmination of a billion man-hours of blood, sweat, toil, coding, shouting, swearing, fighting, hugging, pitching, grinding, and, occasionally, showering. Overnight, the four friends are transformed from "people who play games" to "serious players in the game..." - or are they?

Loaded is a comedy-drama about friendship, ambition, gluttony, the peculiarly British distaste for other people's success, and what happens when you've got £11.5m in the bank but the cash machine has a £300 daily limit.

The show has an original score by Jack C Arnold, who also provided music for award-winning comedy feature Holy Flying Circus. Jack's recent credits include TV dramas The Level (ITV) and Striking Out (RTÉ) as well as BBC documentary The Attack: Terror in the UK.