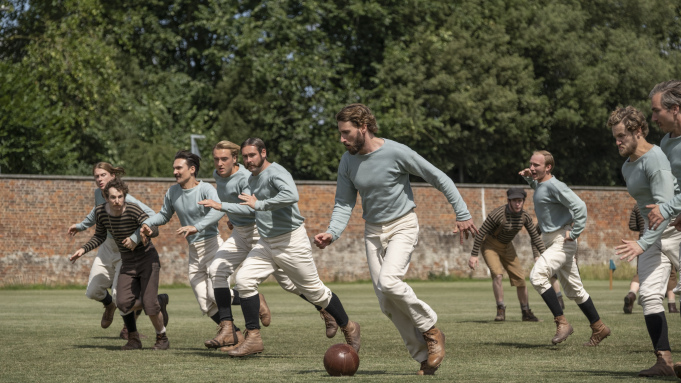 Based on true events, the six-part period drama series (by Downton Abbey creator Julian Fellows) charts the origins of the world’s most popular sport, football. Directed by Birgitte Staermose and Tim Fywell, the series follows the battle for control of the game between the working classes and the English public schools and stars Edward Holcroft, Anthony Andrews, Kevin Guthrie, Charlotte Hope and Craig Parkinson.

About the series, Harry Escott says: “I remember watching a very early assembly of the first episode and being bowled over by the story. There’s so much colour and life in here, it was an absolute pleasure to score. I really hope it provides a little light relief for people over the coming weeks.”

The English Game is now available to stream on Netflix.