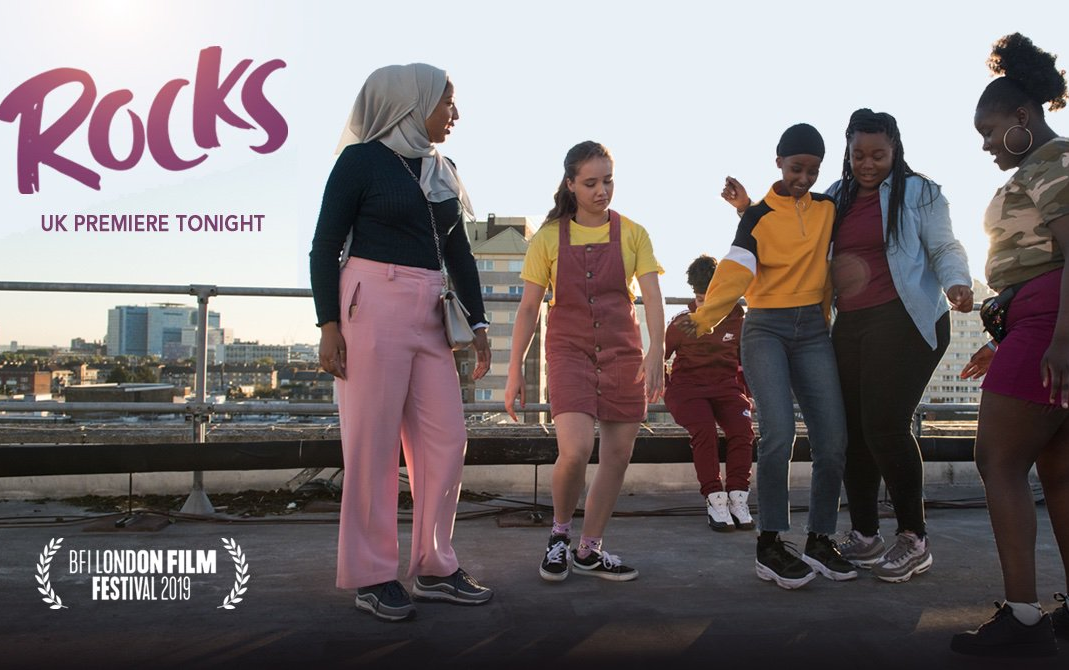 Rocks is a drama about female friendship in London and follows ‘Rocks’, a popular teenager who returns home one day to find her mother gone and finds herself determined to care for her younger brother. The film is based on a script from award-winning playwright Theresa Ikoko and Claire Wilson and was developed through extensive workshops with Gavron and the all female cast (all discovered through casting sessions at schools).

Emilie Levienaise-Farrouch is an award-winning French pianist/composer living in London. She scored her first feature-length film in 2012: (American-Iranian director Caveh Zahedi’s ‘The Sheik and I’) a film subsequently banned for blasphemy. Her CV also includes commissions for the V&A Museum (London), HBO short film ‘Love NY’, and for drama / documentaries on BBC Radio 4, The Guardian, Funny or Die. In 2013 she received the Emerging Excellence Award from the Musician Benevolent Fund, and in 2015 was commissioned to create a sound-walk for London’s Queen Elizabeth Olympic Park. In 2017, she was commissioned by The London Contemporary Orchestra to write a piece for small string ensemble and live electronics, which received a premiere during the 2017 BBC Proms at The Tanks, Tate Modern. Most recently Emilie scored the feature film ‘Only You’ (dir. Harry Wootliff), which first premiered at the BFI London Film Festival in 2018.