The feature film is released in cinemas today, with the soundtrack released 26th July 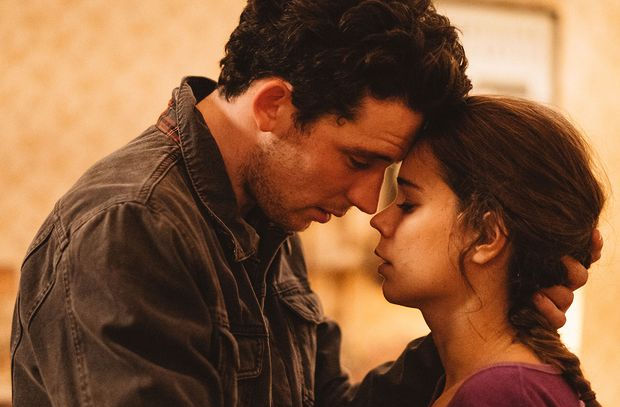 The film first premiered in 2018 in the BFI London Film Festival. Directed by Harry Wootliff, the film follows Elena (Laia Costa) and Jake (Josh O’Connor) who meet by chance on New Year’s Eve arguing for the same taxi, they soon start a passionate, fast-paced relationship. They soon have plans to start a family, however this whirlwind relationship soon presents hardships.

“Harry Wootliff has crafted an authentic romantic drama that is fearless in its look at modern love,” says Kate Taylor, BFI London Film Festival.
Emilie Levienaise-Farrouch is an award-winning French pianist/composer living in London. She scored her first feature-length film in 2012: (American-Iranian director Caveh Zahedi’s ‘The Sheik and I’) a film subsequently banned for blasphemy. Her CV also includes commissions for the V&A Museum (London), HBO short film ‘Love NY’, and for drama / documentaries on BBC Radio 4, The Guardian, Funny or Die. In 2013 she received the Emerging Excellence Award from the Musician Benevolent Fund, and in 2015 was commissioned to create a sound-walk for London’s Queen Elizabeth Olympic Park. In 2017, she was commissioned by The London Contemporary Orchestra to write a piece for small string ensemble and live electronics, which received a premiere during the 2017 BBC Proms at The Tanks, Tate Modern.
The music from ‘Only You’ was performed at the ComposHER concert this year.
The film is released in cinemas today, and the soundtrack will be released 26th July.
view more - Creative