‘The Woman Who Lived In a Shoe’ is an empowering, modern take on the fairy tale 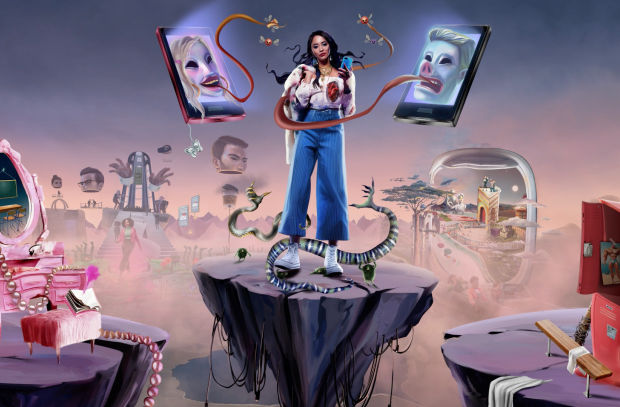 Eartheater’s ‘Peripheral’ has recently been placed as a sync on Converse’s ‘The Woman Who Lived In a Shoe’ ad. The track is set to words inspired by the fairy tale The Old Woman who Lived in a Shoe, but with a modern approach. Eartheater’s track perfectly complements the animation and narration.

Director Marie Hyon combines an assertive new twist on fairy tale, creating a “story within a story tableau of women to create living portraits embodying the spirit of punk rock.”

Signed to Manners McDade in February this year, Queens-based electronic producer Alexandra Drewchin has been performing as Eartheater since 2009, releasing with Thrill Jockey, Hausu Mountain and most recently with PAN.

Eartheater is currently composing work for the contemporary chamber orchestra Alarm Will Sound that will debut in May 2019. Her new live set sees her accompanied by the concert harpist Marilu Donovan.

Peripheral is taken from Eartheater’s third album ‘Irisiri’ released in 2018. Listen to the full album here.