Ben is a composer who has written for TV shows such as Happy Valley, Hidden Kingdoms and the first three series of Torchwood 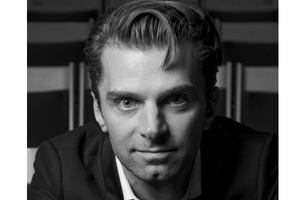 Season three of BBC Drama, Our Girl, airs on Tuesday 5th June on BBC One with music by composer Ben Foster. Ben previously scored the first two series of Our Girl. Created by Tony Grounds and starring Michelle Keegan, the third season is a twelve-episode run split in to different tours, with the first four episodes, ‘The Nepal Tour’, aired in October and now available on BBC iPlayer.

Ben is a composer who has written extensively for television, including Happy Valley, Hidden Kingdoms, and the first three series of Torchwood which earned 3 BAFTA nominations for best music. Ben also scored Thunderbirds Are Go, in collaboration with brother Nick Foster, for which they received a BAFTA Craft nomination for Best Music in 2016. Most recently, Ben scored the new ITV hit series The Good Karma Hospital.

In addition, Ben is known as an orchestral arranger and conductor, highlights of which include 99 episodes of Doctor Who for the BBC, Sir Paul McCartney’s 2013 album NEW and a world tour with Peter Gabriel. Film work includes The Grey, Prometheus and Jackie.

The first two series of Our Girl are now available on BBC iPlayer alongside the four episodes of ‘The Nepal Tour’ here.