Texas duo returns with their first full-length album since 2012, out on the September 22nd 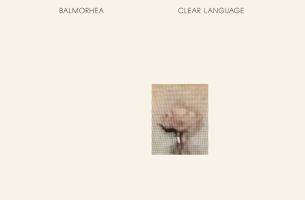 Over the course of five full-length albums and a 7" EP, Balmorhea pushed their work to its outer bounds, concluding the first chapter of their career with their maximalist, genre-leaping full-length Stranger (2012). Almost a decade on the road, near-constant musical output, and shifting creative priorities caused the duo (Michael Muller and Rob Lowe) to soberly assess the band’s future. What, in the form of Balmorhea, was there left to say? And did they have the energy to say it? To answer that question the duo decamped to their east Austin studio, where they worked simply and with restraint, letting intuition guide them as they moulded 30-plus raw ideas into the 10 elegant, spacious gestures that comprise Clear Language.

Co-produced and engineered by David Boyle in Austin’s Church House Studios, Clear Language finds the duo returning to the simplicity of their roots. They eschewed complexity for complexity’s sake, allowing a watery, sand-hued mood to settle over their use of analogue synthesizers, piano, vibraphone, electric and bass guitar, violin, viola, field recordings, and, for the first time in the band’s history, trumpet, performed by Tedeschi Trucks' Ephraim Owens. A relaxed, clear-eyed sense of reflection flows gracefully through the album as these two old friends transmit unfettered meaning through simple sonic gestures that resonate with the cosmos as much as they echo the pulse of a human heart. In a culture dominated by the loudest, ostentatious voices, Lowe and Muller continue to prove the power and importance of restraint and minimalism.

This Autumn, in cities across the U.S. and Europe, Balmorhea will bring Clear Language to life with a full band of multi-instrumentalists, and the ensemble will be enshrouded in a light/video projection that’s being developed to mirror the emotional tone of Clear Language. Audiences can also expect to hear classic works from All is Wild, All is Silent, Stranger, Constellations — the spareness of which invites comparisons to Clear Language — and more from Balmorhea’s dense catalogue, dating back to 2006.