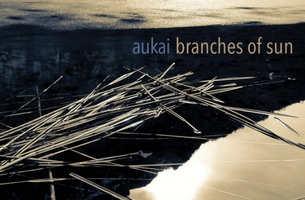 Aukai was born of composer/instrumentalist Markus Sieber’s desire to create music that could work in tandem with film, video, theatre and the visual arts. 2018 sees the release of his latest album ‘Branches Of Sun’. The compositions on the album also grew out of Sieber’s love affair with the ‘Ronroco’, a plucked string instrument from Argentina that Sieber first discovered through the music of film composer Gustavo Santaolalla (Babel, Brokeback Mountain).

“This album and project has a lot to do with memories from travel,” explains Sieber, “but also memories from childhood and nature. How did the river smell in summer? I wanted to create a sonic space where music guides the listener into some imaginative inner world.” Which also explains why he came up with the name Aukai in the first place; “it’s the Hawaiian word for a seafaring traveller, the sort of person who seeks out the stillness in uncertain waters”.

Aukai may draw initial comparisons to the work of ambient instrumental masters such as Eno, Ryuichi Sakamoto and Goldmund/Helios, but ultimately his music belongs in a category all its own. A beguiling collection of autumnal acoustic soundscapes dappled with subtle electronic touches. “It’s kind of an unfinished sound,” says Sieber. “Tangible, not too processed. It invites the listener in.”

Listen to his new album here.