Angus wrote an original score for the Rebecca Frecknall-directed production at The Duke of York Theatre, London 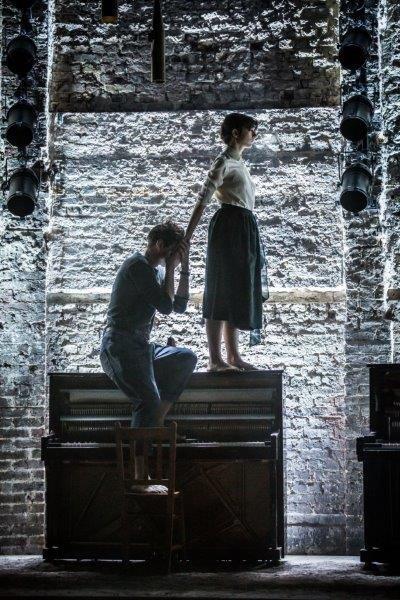 Angus MacRae is a London-based composer and musician. Alongside a number of acclaimed solo works, he has collaborated with a diverse range of filmmakers, choreographers, theatre directors, animators and photographers from across Europe and beyond, writing original music for award winning work across the arts. His extensive work for the theatre includes music for a diverse range of plays, performed in London’s West End and at venues including Trafalgar Studios, Soho Theatre, Finborough Theatre, Southwark Playhouse, National Theatre Studio and The Pleasance, Edinburgh.

Angus wrote an original score for the production of Summer and Smoke, directed by Rebecca Frecknall, at The Duke of York's Theatre, London. Conceptually, the seven piano set-up surrounding the stage (with the set designed by Tom Scutt), and performed live by a cast of actor musicians, provides the audience with both an underlying and visual representation of the protagonist’s (Alma) internal narrative. Working in collaboration with sound designer Carolyn Downing, the instruments are live recorded and rigged through Ableton Live in order to compliment and create an additional depth to the experimental score.

The current production runs until January 19th 2019 and you can purchase tickets here.