The album is released this week on 1631 Recordings 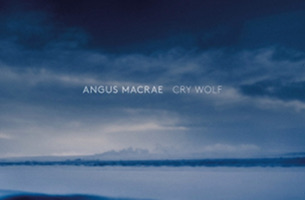 Composer and musician Angus MacRae, published by Manners McDade, releases his latest project on Swedish label 1631 this Friday, May 5th 2017. The album is titled Cry Wolf and includes his track Mirror Lake, which has just exceeded 1 Million streams on Spotify.

Angus' recent work as a composer includes original scores for 2Faced Dance, Wayne Parsons Dance and Welsh Ballet, writing music for productions that have toured the UK and internationally. A new work for 6 pianos, Through Shadows, was commissioned by London’s Barbican Centre to mark Piano Day 2017, and was performed at the venue by the acclaimed Piano Circus alongside works by Steve Reich, Nils Frahm & Terry Riley, featured in the below video. This track was released by London-based Cognitive Shift Recordings in March 2017, and is featured on Spotify's piano-centric 88 Keys playlist.

Angus’ previous solo releases include Awake (2015) and Tides (2015), both intimate works with the piano at their heart, blending melancholic melodies with minimalist structures and rich, atmospheric textures. Other ongoing projects include a collaboration with acclaimed German trio Insa Donja Kai, composing an album of new work due for release on limited edition vinyl with individually painted artwork by Gregory Euclide.