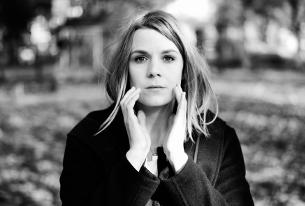 Dubois Records has released the original score of the “Black Mirror” episode “Hated in the Nation”, directed by James Hawes. The soundtrack is written by Emmy Award nominee Martin Phipps and includes the bespoke Alev Lenz’s song “Fall Into Me”, which accompanies a very powerful moment of the third episode. The haunting and suitably surreal track captures the mysterious tone of the scene masterfully.

Since the release of her debut album, “Storytelling Piano Playing Fräulein”, in her home country of Germany, Manners McDade’s songwriter, Alev Lenz has given live performances in London and New York.  Alev has also composed soundtracks for several high profile German films and collaborated with established artists such as Anoushka Shankar and Lucy Claire. Recently Alev released her second album, Two-Headed Girl, recorded in London’s Premises Studio and is currently working on new material.

You can listen to "Fall Into Me" by clicking her or on the playlist below: