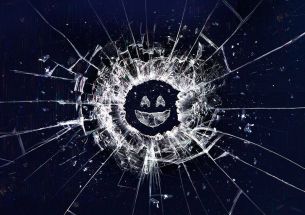 The eagerly anticipated third season of Charlie Brooker’s Black Mirror is back now with new episodes on international Netflix. This season's stories take a look at the dark side of technology and how its relationship with society may be a toxic one.

Fall Into Me by Alev Lenz, a remarkable songwriter, composer and singer, whose music fuses filmic, world and classical influences, becomes a very powerful moment: haunting and suitably surreal, capturing the mysterious tone of the episode perfectly.

Since the release of her debut album, Storytelling Piano Playing Fräulein, in her home country of Germany, Alev Lenz has given live performances in London and New York, as well as composing soundtracks for several high profile German films and collaborating with established artists such as Anoushka Shankar and Lucy Claire. Recently Alev released her second album, Two-Headed Girl, recorded in London’s Premises Studio and is currently working on her latest upcoming release.

Listen to Fall Into Me bellow: