Manners McDade - What A Week! 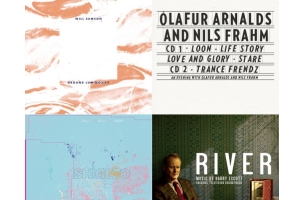 The British Composer Awards shortlisted nominations were announced this week and Manners McDade's Stuart Hancock has been nominated in the Community or Educational Project category for his work with Snapshot Songs.

Will Samson’s much-anticipated album Ground Luminosity has been described as “brilliant in its subtlety, unique for its method of composition, and imaginative in its conception…exceptionally well thought out, performed, arranged and produced” by Subba Cultcha. Will Samson’s signature blending of ambient, electronic, acoustic folk music is stronger than ever in this latest release, out now on Talitres.

A two CD collection of Nils Frahm's work with Ólafur Arnalds titled Collaborative Works, was also released, made up of the EPs Stare, Life Story Love And Glory, Loon and seven new songs from the Trance Frendz studio film. This collection presents four years of on-off collaboration by two artists at the top in the field of modern classical and electronic music. Out now on Erased Tapes!

The final of Friday’s releases was Shigeto’s Intermission. Shigeto is signed to Ghostly International who Manners McDade represent for sync. Shigeto’s trademark style of electronic music, with percussive polyrhythmic grooves and jazzy synth flourishes is ever present, along with exploring new textural realms in his music.