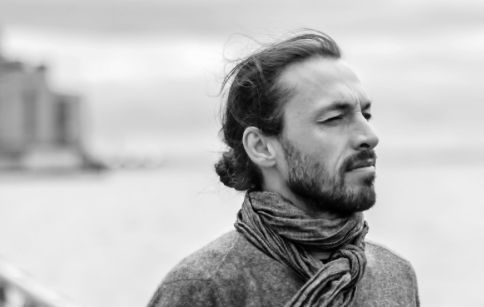 Manners McDade has welcomed German composer and multi-instrumentalist, Aukai, to its roster.

Aukai is a pseudonym for German artist Markus Sieber. This project offers a collection of ambient acoustic soundscapes and cinematic tone poems that were born of his desire to create music that could work in tandem with film, video, theatre and the visual arts. Most of the compositions on his recent debut album grew out of Sieber’s love affair with the ronrocco, a plucked 10-string instrument from Argentina.

Sieber’s journey to Aukai has been an eventful one. Born in Germany, he played in alternative rock bands as a part of East Germany’s vibrant ‘90s punk rock scene before shifting his focus to work as a theatre, film and TV actor in both Berlin and St. Petersburg. A life-changing move to Mexico put him in touch with world and indigenous music, opening another musical perspective. Together with his Mexican wife Angelika, he has circled the globe many times giving concerts for the project Mirabai Ceiba.  With their two children they live in Colorado, where most of Sieber's Aukai project really came together, in the quiet solitude of a winter spent in an isolated mountain cabin.

Catherine Manners, Director of Manners McDade says of the signing, "I fell in love with Markus's music the first time I listened to his debut album. And even before I knew that he'd scored films, I somehow knew that he could - making him a perfect match for both the Publishing and Agency services on offer at Manners McDade."

At the moment Sieber is working on the score for The Tale by Jennifer Fox, starring Laura Dern and Elizabeth Debicki, as well as recording his second studio album.