Oli Julian is a composer, producer and arranger of music for TV, commercials and film 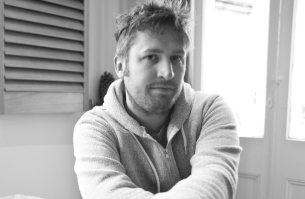 Oli Julian is a composer, producer and arranger of music for TV, commercials and film. Based in East London, he has worked on a wide range of projects, writing and producing both solo and collaboratively.

Recent work includes the theme music and score for two series each of hit comedy Catastrophe (C4), Cuckoo (BBC3), and Plebs (ITV2). Other recent work includes Josh (BBC3), Cockroaches (ITV2) and season 4 of Episodes (Showtime/BBC), for which he has written additional music.

Oli has just finished working on a new sitcom, Crashing which is currently showing on Channel 4.

Oli Julian says of the signing: “I’m thrilled to be working with everyone at Manners McDade. It’s great to be a part of such a talented group of composers, and I’m looking forward to working on some exciting new projects together"

Catherine Manners, Director of Manners McDade says, "I came across Oli's music whilst watching Catastrophe and just couldn't stop smiling – we are delighted to welcome Oli to our composer roster!”