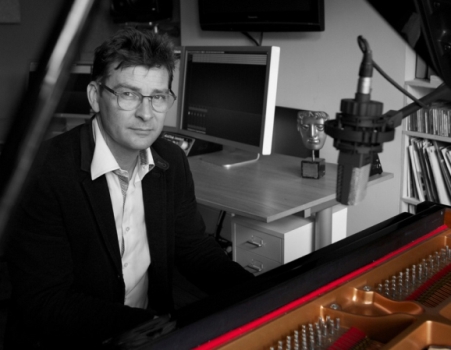 Manners McDade are delighted to welcome Ben Bartlett to their roster of composers. Bartlett is a composer who has enjoyed a fantastic career writing for TV and Film including a BAFTA win and Emmy nomination for his score for Walking with Dinosaurs (BBC/Discovery). He went on to score the follow-up series, Walking With Prehistoric Beasts (2001), and Sea Monsters (2003). Over the next ten years, Ben worked without pause on prime-time drama series such as Martina Cole’s The Runaway (2011), Eternal Law for Kudos (2012), Sky 1's Mad Dogs, and the ITV prime time hit crime drama starring Brenda Blethyn, Vera. Films include Mark Of Cain, (dir. Marc Munden), and He Kills Coppers, Adrian Shergold’s adaptation of Jake Arnott’s novel.

Most recently, Ben scored the acclaimed two-part docudrama, Lucan, for ITV. He is currently working on a new series of Vera, and a new, as-yet-untitled drama series for ITV.

Catherine Manners, Director of Manners McDade said 'We are delighted to add such a prestigious name to our roster of award winning composers. Ben is a great talent as well as a delightful person, and we are thrilled to have been given the opportunity to work alongside him during the next stage of his career'.