The Influencers 388 Add to collection 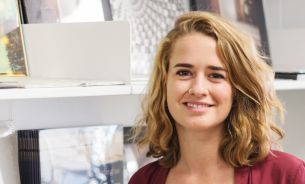 After her BA in English and Classical Studies at the University of Bristol, Jenna began her career in production music at Deep East Music, representing catalogues as well as managing bespoke projects for clients such as the BBC & MTV. She then moved to bespoke music house Wake The Town in 2015, opening up their Amsterdam office, and managing supervision and bespoke projects in both Amsterdam and London. Jenna has joined Manners McDade in the last month to represent their esteemed roster of composers and recording artists for bespoke projects.

"This is a playlist all about space… not relating to the cosmos, but the space between the notes. The pauses, inhales and expanses between the beats; the room within the music that allows for moments of discovery, realisation and epiphany when the gaps are plugged, and the fullness of a piece builds and takes shape.

In relation to moving image, it’s the moments that allow the narrative and characters space to breathe. Space is often the most useful tool when you have a short amount of time to communicate a feeling: it slows everything down and opens up your musical options, before building up to a transition or epiphany.

And personally, it’s the music that I listen to, headphones on, that allows me to escape my own little world and think about the bigger things in life. Often for me this is on a bus/plane/train; there’s something about moving forwards and also being still that is reflected in the music.

It’s so true that less is more, and these artists have all been brave enough to use that skill, to great effect!”