The Influencers 358 Add to collection

INFLUENCER: Composer Angus MacRae selects a collection of piano music and more for the coming winter 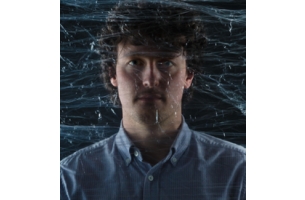 “Ice has covered up my parents hands

Growin' up in some strange storm

Winter strikes me as an oddly imbalanced time of year. In the UK at least, we seem to have two notions of it. We begin with the great communal celebration of Christmas, when the idea of winter is peaceful and celebrated. It is gently falling snow, mulled wine and log fires. Christmas music is mostly upbeat and celebratory, winter is most certainly romanticised.

Then, merely a week later, after a few midnight fireworks and a final champagne-fuelled hurrah, we find ourselves bleary eyed in January, and suddenly, collectively, winter is something bleak, only to be tolerated. We shut ourselves away and wait for Spring, when we can open the windows, tentatively turn off the radiators and start to speak to one another again. It is probably the longest stretch in the year when we don’t celebrate something communally, and it is perhaps unsurprising therefore that artists, writers and musicians have often been at their most introverted and reflective at this time of year.

The Mamas and Papas spent their winters dreaming of California. Schubert wrote his sombre Winterreise song cycle (although perhaps a diagnosis of syphilis wasn’t a great help to his mood), and in 2006 Bon Iver locked himself in a remote hunting cabin and wrote one of the most melancholic records of the decade. It’s certainly not been the most upbeat time of year for most musicians.

For me at least, the music that I’m drawn to, and draw inspiration from at this time of year is not grand or celebratory, but modest and personal. It is at times bleak and conflicted, often melancholic, but almost always simple and inward looking. At such a reflective time, the introspection of the piano seems to capture this time of year better than any other instrument, indeed it is often the perfect antidote to it. “I tell my piano the things I used to tell you”, to cite an oft-paraphrased extract from a letter by Chopin, perhaps the greatest of all composers for the piano.

What follows is a collection of music centred around the piano, some of it inspired by winter, some of it, for me at least, simply evocative of it. It is at times conflicted, occasionally bleak, but often beautiful. Much of it is quietly optimistic - for winter can be that, too. It is without doubt headphone music, intended to be enjoyed by solitary listeners, and in that sense at least, winter is perfect for it.