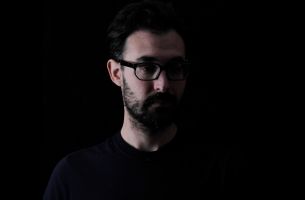 Today sees the launch of new Contemporary Classical label, Cognitive Shift Recordings. Born out of a collaboration between One Little Indian Records, home to artists including Björk, and Manners McDade Music Publishing, home to artists such as Nils Frahm and Christian Löffler, Cognitive Shift Recordings creates a new home for contemporary classical music that has influences and instrumentation within the genre and beyond.

Cognitive Shift Recordings’ debut release will be the first album from composer Roger Goula; Overview Effect. The album encapsulates the ethos of the new label, bridging the gap between modern classical and electronic music, creating a cohesive work that is both entirely of the moment yet timeless. The record’s stunning classical string instrumentation is performed by the illustrious quartet of Thomas Gould, Peter Gregson, Lucy Railton and Stephen Upshaw.

"I am very, very happy with the way the album has turned out. Overview Effect is a perfect primer for the future sound of Cognitive Shift and sets a high standard for our subsequent releases to match." Bob McDade, founder of Cognitive Shift Recordings.

When Roger was approached by Bob McDade to create the label’s first album, he presented the concept of the ‘Overview Effect’. This is a psychological phenomenon experienced by astronauts when viewing Earth from a distance, allowing them to see the entire planet surrounded by the endless black void of space. This can cause a cognitive shift in the minds of the astronauts, giving them a completely new perspective on life, Earth and humanity. Around this concept, the album and label formed, with the aim of recreating this psychological shift through the power of sound and music.

The album is due to be released in September of this year, preceded by a digital EP, featuring the track Awe, and Awe (Phaeleh Remix) on April 29th 2016.