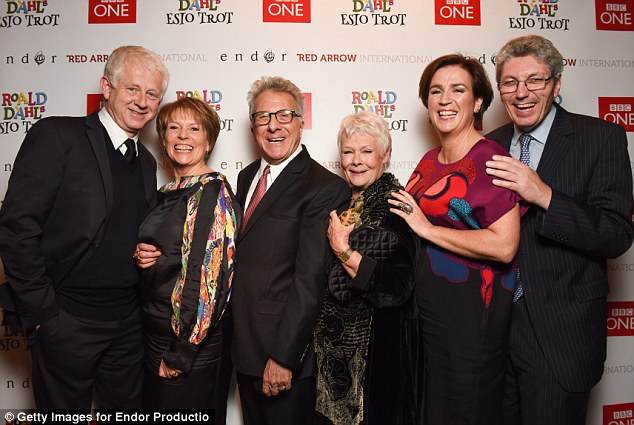 Roald Dahl's story Esio Trot has been adapted by Richard Curtis and Paul Mayhew-Archer, to be shown as a TV movie on BBC 1 before the end of 2014.

It stars Dame Judi Dench, Dustin Hoffman and James Corden and directed by Dearbhla Walsh who won an Emmy for Little Dorrit in 2009. Last night saw the official screening of Esio Trot at Curzon Mayfair, attended by cast and crew.

The soundtrack was created by composer Tim Phillips who recently completed the orchestral score to Dragon, for The National Theatre of Scotland/Vox Motus and Tianjin People’s Art Theatre of China, which will be on world tour throughout 2016.  He is also composing new musical The Grinning Man (dir. Tom Morris, director of War Horse, co produced by ATG) with Marc Teitler and Carl Grose.

Tim is published by Manners McDade and lives in both LA and London.