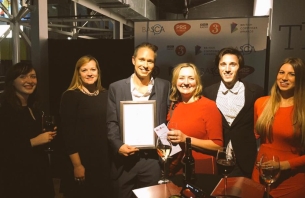 Composer Stuart Hancock, published by Manners McDade, was awarded a British Composer Award last night, at the prestigious ceremony at BFI Southbank, hosted by BASCA, sponsored by PRS For Music, and presented by BBC Radio 3.

The award was given to Stuart in the Community category, for his work on 'Snapshot Songs' a song cycle for the SHM Foundation and Barbican/Guildhall Creative Learning. The Snapshot Songs cycle was premiered in April 2014, and is a collection of pieces which draw on a myriad of different musical styles and themes and were performed by a diverse set of up to 130 artists.

As composer, Stuart Hancock's vision for the project was constantly challenged and moulded by those involved and became a great collaborative work which was truly celebrated last night.