Sam has written and conducted arrangements for artists such as The xx, Betsy, Lady Leshurr, The Tomicks and more 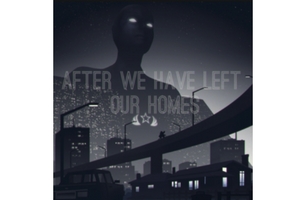 Last week, Manners McDade announced the signing of a new composer, Sam Thompson. Today, Sam releases an EP of original music from the film 'After We Have Left Our Homes’, via Manners McDade.

Sam is a London based composer, arranger/orchestrator and conductor who has composed music for numerous short films and games.

About the signing, Sam said, “I’m delighted to be working with everybody at Manners McDade, they’re a terrific bunch of people with experience and enthusiasm who have a track record of developing and representing the best in the business. I’m excited to be moving forward with them in the next stage of my career".

The film for which the original music was written, of the same title, won the jury and audience award for best short film at the Purbeck Film festival, best sci-fi at the London International Short Film Festival and best VFX at the Vancouver Short Film Festival. It will be screening at the Nashville Film Festival in May.

Aside from his composition work, Sam has worked extensively as orchestrator and programmer for Ben Foster and Nick Foster on TV shows such as Thunderbirds Are Go!, Our Girl, Happy Valley and The Good Karma Hospital, and for composer Oli Julian on Sky One’s comedy drama Living the Dream. He has also provided additional music for Peter Gregson on projects such as Boundless (Playstation 4) and feature film Adolescence. Sam has provided additional orchestrations for Nick Cave and Warren Ellis’ scores for Wind River and Marsas well as working as assistant orchestrator on Poltergeist and All I See Is You for composer Marc Streitenfeld.

Alongside his work in film and TV, Sam has written and conducted arrangements for artists such as The xx, Betsy, Lady Leshurr, The Tomicks and The People The Poet, as well as conducting The Heritage Orchestra and Anna Calvi at the 2017 Burberry Fashion Show.

Listen to Sam's EP below.