Nick is a multiple BAFTA-winning British TV composer and producer 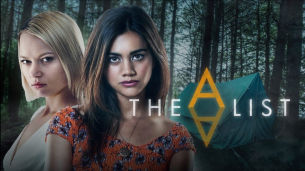 Nick Foster has scored Kindle Entertainment’s new 13-part drama The A List, available as a boxset on the BBC iPlayer from today, and part of a new push by the BBC into digital content for teen & YA audience.

Created by Dan Berlinka and Nina Metivier, The A List is a dark psychological drama that sees the idyllic holiday of a lifetime in a picturesque summer camp turn into a twisted nightmare, when a set of dark secrets come to light. Who is the mysterious Amber (Ellie Duckles) and what does she want with newcomer Mia (Lisa Ambalavanar)?

Nick is currently scoring Porters for UKTV with frequent collaborator Oli Julian and the epic season 3 finale of Thunderbirds Are Go with Ben Foster.

More information about the series here.