The Publishing Company is nominated in the Independent Publisher Category 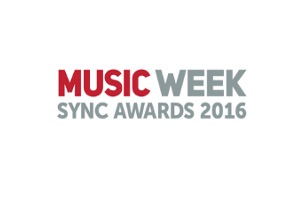 Yesterday evening Music Week announced the finalists for the 2016 Music Week Sync Awards, to be held on October 20th at the Bloomsbury Ballroom.

For the first time in their history, Manners McDade Music Publishing received a nomination for their sync team, within the category of Independent Music Publishers.

Other finalists in the category include:

Of the nomination, Catherine Manners, Director at Manners McDade noted "As a relatively young company, we're really chuffed to have been nominated in this category alongside such a list of established independents"

'We're really grateful for the unique music from our artists that we get to work with and enjoy every day. We have a very special, niche catalogue of new classical music and cutting edge electronic music which works beautifully to picture!' Harriet Moss, Global Creative Manager, remarked of the company's catalogue for sync.

Recent syncs contributing to the nomination include the Alice Through The Looking Glass Trailer, a Marie Curie ad, How To Get Away With Murder (US TV Show), Delta Airline commercial and Mulberry LFW catwalk show.