Man Utd Legends are Back 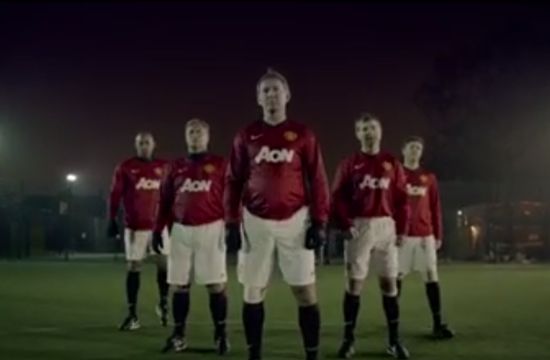 The Legends are Back - and they don't do friendlies!

United fans who have enjoyed watching their heroes in the viral Legends video can now view the eagerly-awaited sequel - 'The Unfriendly'.

Written and produced by The Mob Film Company, ‘The Comeback’ featured Bryan Robson, Denis Irwin, Dwight Yorke, Lee Sharpe, Dion Dublin and Andy Cole dressed in old-school United kit, undergoing a grueling training regime as they prepare for the charity game against Real Madrid on 2nd June. The film has been enjoyed by hundreds of thousands of United fans all over the world.