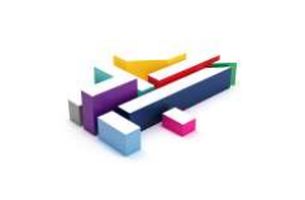 Channel 4 today announced that Maltesers and AMV BBDO have won £1million of the broadcaster’s commercial airtime, staked as part of its Superhumans Wanted initiative to encourage brands and agencies to feature disability in their ad campaigns. The winning campaign, which stood out amongst almost 90 entries, will be revealed in an exclusive launch spot in the 2016 Rio Paralympics Games Opening Ceremony on Wednesday 7th September and will run across the 4 Sales channel network throughout the autumn.

Jonathan Allan, Sales Director at Channel 4, said: “The massive response and quality of the entries surpassed all our expectations. The bold ad idea from Maltesers and AMV BBDO saw the judges unanimously agree that this was the showpiece to not only make a statement to viewers, but to encourage the industry to approach TV ad campaigns differently to be inclusive of disability.

“Having seen some absolutely brilliant scripts as part of this competition, we would like to work with all the shortlisted brands who want to make their ads to help get as many of these rich ideas onto TV as possible to improve disability representation in commercial airtime.”

Minister for Disabled People, Justin Tomlinson MP said: “We want to change attitudes towards disabled people for good, and to do that we need everyone to get involved: Channel 4 should be commended for recognising the crucial role of the media in creating a more inclusive society. Congratulations to Maltesers and AMV BBDO on their winning campaign, I look forward to seeing it.”

The other seven brands and agencies shortlisted were: Amazon and Lucky Generals; Barclays and BBH London; Dove and Ogilvy; H&M and adam&eveDDB; Lloyds Bank and adam&eveDDB: Lynx and TMW Unlimited; and Purdey’s and iris Worldwide.

Launched as part of Channel 4’s Year of Disability, the £1million Superhumans Wanted initiative for brands and media and creative agencies extends the broadcaster’s far-reaching commitments to improving diversity on-and-off-screen beyond just its editorial content and into Channel 4’s important commercial airtime.

Channel 4 announced in January that 2016 would be the broadcaster’s Year of Disability with major new commitments to boost on and off screen representation of disabled people. This will include doubling the number of disabled people appearing in 20 of Channel 4’s biggest shows – with disabled contributors contributing to hit programmes such as Gogglebox, The Island, Grand Designs, Hollyoaks and First Dates. £300,000 will be invested in new talent initiatives, with an off-screen commitment to progress the careers of 20 disabled people already working in the industry in Channel 4’s 20 biggest suppliers. And, within Channel 4, 50 per cent of all the broadcaster’s apprenticeships and 30 per cent of all its work experience placements will be ring fenced for disabled people.