Awards and Events 197 Add to collection

The adblocking debate is about media not mobile – the best work in the category is meaningful and useful, jury president tells LBB’s Laura Swinton 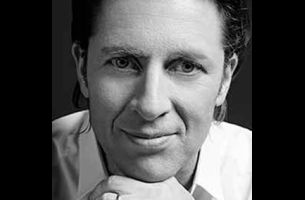 The sudden upswing in adblocking, indeed mobile adblocking, has been one of the big ad industry issues of the past 12 months, but according to Cannes Lions 2016’s Mobile President and Cheil’s Global CCO Malcolm Poynton, the issue is unlikely to have a big effect on the jury room debates.

“Mobile spans much more than marketing communications and I think ad blocking is a story about marketing communications, it’s not a story about mobile,” says Malcolm. “You could very easily narrow mobile down to an adblocking conversation, but in truth only a fraction of it is about advertising on mobile in the traditional sense of media that you buy and place content in.”

Instead, the entries that Malcolm and his team of jurors will be looking out for go far beyond the narrow scope of marketing communications; it’s about utility, meaningful experiences and entertaining content.

Nike Running Club, for example, is one such ‘utility’. “Adblocking can’t come near that conversation because it’s about the world’s biggest running club on mobile devices. It’s an amazing step forward in terms of how you engage consumers with a brand: 200 million people globally. You can’t even reach them with TV advertising,” he says.

That idea of utility for mobile devices is something that Malcolm has extensive experience of, and this year Cheil and their major client Samsung has several examples to show. There’s the smart cap to help blind Paralympic swimmers, the KalimaLock app to help language learning in the UAE and the RE: Shakespeare app to help British schoolchildren engage with the Bard.

As well as usefulness, Malcolm is also looking out for work that’s meaningful. This year that’s likely to include virtual reality entries.

“As much as some people may not see the value right now, I think we’re starting to see things with virtual reality which create absolutely meaningful value to consumers,” says Malcolm.

“What we’re looking for really, in mobile, it may come from VR or it may be too early, but we’re looking for that ‘Wright Brothers’ moment where mobile becomes something that it hasn’t been before. I would love to think that virtual reality can deliver that but we’ll have to wait and see.”

For a global show like Cannes, one of the big challenges is to balance an appreciation of work that shows a smart appreciation for local cultural contexts while preventing oneself from falling down a wormhole of obscurity or getting distracted from the goal of rewarding world class work.

However, in a category like mobile, Malcolm points out that there are significant differences in behaviours and usage between cultures. He also notes the increasingly diverse mix of gong-winning countries. “I think every time for the last five years or more we’ve seen a different country win a Gold Lion or Grand Prix that has never won one before. It makes us realise that it’s truly global – the winning idea might not come from North America or Europe. It’s always important that we are listening to the different cultural contexts.”

With 1259 entries to wade through, Malcolm and his team of jurors have a huge task ahead of them before the awards on Wednesday evening. There’s a lot to think about in such a constantly-evolving category, but staying focused won’t be a problem for Malcolm, who’s just relishing the chance to get immersed in the year’s best mobile work. “Good stuff is everywhere in there, and then you can go through lulls… so there’s always that intrigue about what the next piece of work will be. For me it’s the ‘can’t wait to see what’s next’. No matter how bad or good the case is I’ve just judged I can’t wait to see the next one.”