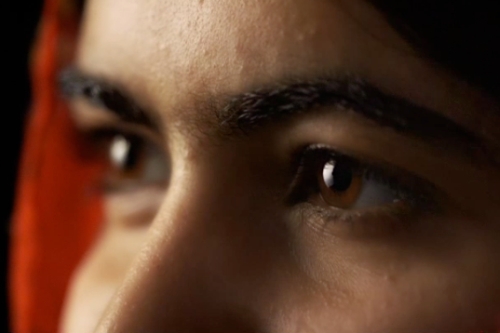 New York/San Francisco-based content creation/production company Bodega director Adam Reid mobilizes the palpable bravery and strength of one fearless girl to urge the world to be  “#StrongerThan” for The Malala Fund. The poignant PSA features 17-year old Pakistani student and education activist Malala Yousafzai, zooming in on how the brutal Taliban backlash against her has left her a remarkably resilient and poised teenager.

Malala’s drive to impact positive social change has produced The Malala Fund, which works globally to empower girls through education to achieve their potential and be agents of positive change in their communities.  These girl-centric approaches to education support the Fund’s goal of creating a world where every girl reaches her true potential. Bodega collaborated with sister editorial shop Northern Lights and audio shop SuperExploder to produce the PSA entirely in-house.

The PSA encourages all viewers to uncover what they are #StrongerThan in honor of Malala Day on July 14, 2014.

In the midst of a bustling New York City journey from her current resident city of Birmingham, England, Malala spared her one-hour lunch break to shoot with Reid and the Bodega team between key meetings. Though limited by a brief time window, Reid was immediately comforted by Malala’s focus and conviction. He notes, “It was so great to meet Malala and see how she really takes on her role and weight of being a leader of a movement. She approaches this very seriously. It was impressive and inspiring to see how she gave every ounce of herself with such honesty.”

Following the shoot, Northern Lights editor George Carty got to work piecing together archival news and stock footage to flesh out her story. The video comes to an affecting crescendo with a clip of Malala passionately addressing the United Nations Youth Assembly in 2013, vowing that through her experiences, “Weakness, fear and hopeless died. Strength, power and courage were born.”

Notes Carty, “It was rewarding to work on a project that was much bigger than just a TV spot. We worked to simplify the script and footage to develop the most inspiring message possible.”

Sister audio shop SuperExploder provided full audio for the PSA, from sound design to final mix. Adds SuperExploder Executive Producer Beth Cummins, “Our mixers, sound designers and composers threw all of their energy into making the message of Malala Day impart maximum impact upon the world’s hearts and minds. We’re proud of the very moving final PSA for Malala Day and honored to have had the opportunity to lend our skills to the making of it.”